Our last Circle walk of May took us to Woodside Park: One house, four names, and Wood Green’s oldest building. 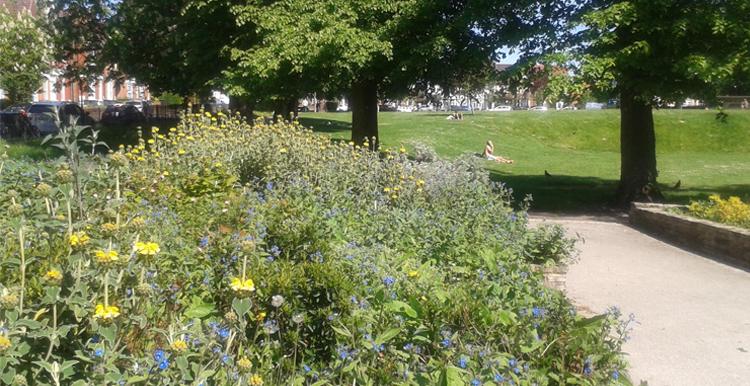 Thomas William Smith Oakes, a City merchant from the East India Company, bought 10 acres of land on the Tottenham/Edmonton parish boundary (now Woodside Park) and built Westbury House in 1865 to accommodate his wife, ten children and various servants. The family remained in residence until 1874. The house was known as Earlham Grove House by the time it became part of the Chitts Hill Estate in 1875. The next occupants were the Smithies family. Mrs Catherine Smithies (1785-1877) founded the Band of Mercy, a charitable organisation for young people, aimed at relieving suffering of animals. It eventually became part of the RSPCA. Thomas Bywaters Smithies (1816-1883) championed the struggles of the working man through the publication of journals like The British Workman, The Family Friend, The Child’s Companion, and animal rights with Our Four-footed Friends and Our Dumb Companions.

In 1881 Earlham Grove House was sold to the Freehold House Property Company Ltd., as part of the Chitts Hill Estate sale. It then passed into municipal ownership, and still is today.

Woodside House, as it was renamed in 1963, was occupied by the Wood Green Local Board of Health in 1890, and after the creation of Wood Green Urban District Council in 1883 it became Wood Green Town Hall.

In 1913 a side building was added to create a council chamber and police court. It remained the Wood Green Town Hall until 1958 when the municipal offices moved to the new Civic Centre. Another change of name occurred on 8th November 2018 when Haringey Council reopened the house as George Meehan House (named after the late leader of Haringey Council and councillor for 35 years) after considerable upgrading and it now houses the registrar’s suite and various other meeting rooms.

Wood Green’s oldest building...
You can still see the entrance lodge to the Chitts Hill Estate, on the right-hand side of Green Lanes, just inside Woodside Park. Known locally as the ‘Mushroom House’, the Grade II listed building was erected in 1822 and is considered to be the oldest surviving building in Wood Green. The Lodge originally provided accommodation for the gatekeeper or other estate employees. In 1871, the census shows it was home to the coachman, his wife and six children plus a lodger!

With the creation of the municipal grounds in 1894, the building became a tearoom and continued as such until the 1960s. It was a children’s playhouse in the 1970s and it became popularly known as the ‘Mushroom House’. It became Grade II Listed in 1974 and at present it is in residential use.

With thanks to Oonagh Gay for leading the walk, and for
her historical insights, and to Cherry M for the article. 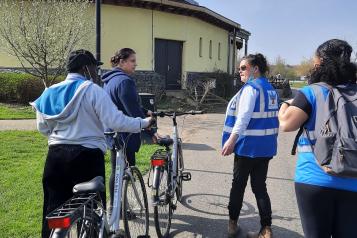 Lordship Rec hosts walking and cycling activities for Haringey residents
Every Friday you can enjoy either a walking or cycling group or maybe even both! Meet new people, get some exercise and enjoy the nature in your local area.
Information and Advice 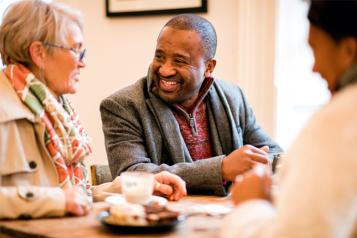 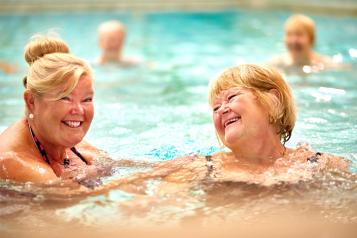 Get active your way
There are many ways that you can build physical activity into your life. Being physically active is easier than you think, especially if you make activity part of your daily routine.
Information and Advice